Quakecon 2015 has been recently announced, and players are starting to arrange their trips to take part in what - for the moment - looks like being the only major event for Quake Live in 2015.

Pelle "fazz" Söderman announced on his stream that he will be going to Quakecon, and participate in the tournaments there. The specific formats are yet to be revealed, but rumors talk about the traditional Duel Masters plus a Team focused tournament.

Fazz is an old school player, with good performances in both duel and TDM. His last apparitions were at Lan Prague, where

, beaten by the Russian powerhouse

deliberate murder, and at the 125FPS Showmatch agains his countryman

Spart1e which resulted in a 4-3 for fazz.

The participation of fazz to this tournament is sponsored by

Romain "dem0n" Leclercq in his trip to Quakecon.

This is a strange turn of events. Recently, I had plans to move to London, where I would have had considerably less time to dedicate to gaming. But because of certain changes of plans, I stay in Sweden, and have been focusing on getting my stream up, and practice gaming seriously. I'm really happy about Memento approaching me with this opportunity. I can't wait to attend another LAN event playing the game I've loved for more than half of my life.

I will do my best to perform at my highest level and at the same time put on a great show up and until the actual event in July. I hope you all look forward as much as me to this, and also hope that you all will join me on this journey! Let's do this!

It's been increasingly harder for me to travel to events in the recent years, but I still would like to support the scene. The best way I can is to help out players traveling to tournaments. Last year, I picked demon because he was showing good performance on faceit and I knew he had the time to prepare. This year I picked Fazz as he started his own streaming project and discussing with him he has shown strong motivation to prepare and do his best in Dallas.

What matters most to me is the ability of a player to take this opportunity seriously and give his best shot. My hope is that this will fuel energy into the online scene for the months before the tournament. The actual LAN performance is something harder to predict, but that's also the beauty of it. Overall, the more players attend it with a serious attitude, the better the show for everyone.

obi  - Reply to #4
fazz is white, its ok. jamerio doesn't like the darkies

snezz  - Reply to #56
memento can you tell us something about your job? I assume you must be making quite a ton of money :)

Memento_Mori  - Reply to #191
I'm a software engineer for a game studio. I make exactly what my category makes on average for my age/education in Zurich (I recently checked the stats online) which is very good money if you compare salaries directly to other contries, and much less if you compare cost of living. Long story short I am a normal dude for this country.
Edited by Memento_Mori at 16:07 CST, 31 January 2015
<< Comment #102 @ 05:39 CST, 27 January 2015 >>
(Link, Reply)
By

Freiya  - Reply to #37
Hey, download the *.cfg again if you already did it, because I left a few unnecessary things (binds and zoom settings - since fazz doesn't use +zoom, but an alias) inside.

flair
When I Started Quaking in late 2012 people I associated with in game were always talking about how good cypher was. So when I saw Fazz beat Cypher with some unorthodox play and flashy kills (gotta love the flair baby!) I became a fan and he's been my favorite player dueler ever since :)

dem0n
I'm so happy for Fazz. What an amazing guy you are Meme, will never thank you enough for giving me this great opportunity last year.

At the same time I feel embarassed for my own achievements at QCon 2014 and feel I've let down many people, including Meme and I really hope Fazz steps it up much more.
I will go to QuakeCon this year aswell, to try to make amends and also to prove something to Meme. Going to QuakeCon once made it all easier to plan on going there again, this time on my own earned money.

To those who are wondering, the roadmovie is on its way, I'll make the final stuff on my part this weekend and then there's not much in the way of its release.

HustLah  - Reply to #19
"To those who are wondering, the roadmovie is on its way, I'll make the final stuff on my part this weekend and then there's not much in the way of its release."

SIHdW3W  - Reply to #166
playing quakelive is not aiming high, it's actually a rather bad observation, perhaps playing deathmatch is having high standards if that's what you mean (this doesn't include quake only, and it's still the true king of videogames because it's you, not a character that levels up or whatever you need to use the map and your skills).

now you are confusing one thing, quakelive is and was a step back for deathmatch, like it or not, ID isn't the same now that in 2003 and they didn't adapt the model for modern gaming because quakers will play quake till they die (i think i've read this in some irc quote).

quakelive is a little village in the internet that is still reliving the last decade year after year, not to mention that the activity comes from the community with big effort and quakecon isn't even a gaming event just a lan, dreamhack dropped quake and it wouldn't be there if it wasn't for Blaze (also promode player)

I couldn't care less anyway, the only reason why i am playing reflex is because i am simply enjoying it not to mention how good is their coder, and yet i am not going around bragging about it. That's the difference between me and you, i like deathmatch, you are a fan boy.

It's the perfect time for harosh to fly from Madrid to Dallas to continue his harosh lyfestyle at quakecon, fazz going is just the icing on the cake.

f0cus  - Reply to #69
isn't Rapha, like, completely inactive now though? 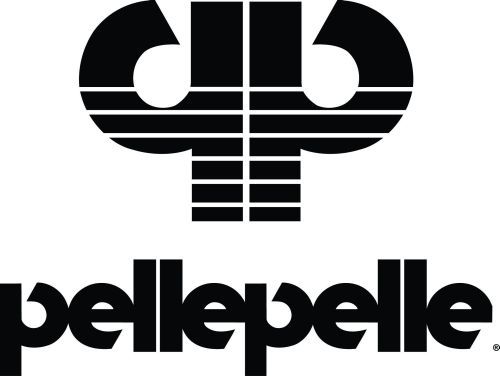 Pushpabon
Why isn't the community sponsoring and sending more players to tournaments they otherwise couldn't attend?

You could make a deal where if the player wins any sort of prize money it would be divided between the sponsors in proportion to their pledge.

I know last year some guys got funded but iirc that was pure charity and imo not that attractive in the long run.

The player who'd get sponsored couldn't get there anyway so missing out on any prize money would be no biggie because he gets to visit a country and play good games without any risk.

The community gets to see good games and the peple might even get a little of the 'invested' money back, probably never 100%. Think of it as distributed patronage or something.

kava  - Reply to #58
I would be willing to chip in for certain players who cannot otherwise afford to travel, but I think it's unfair to expect anything from them and expect a return on an 'investment'...
it puts a really unwanted pressure on them on top of the already existing pressure fueled by their personal motivations to achieve something.

Pushpabon  - Reply to #60
Maybe but I'm sure some players have deals with teams that take a percentage of their prize money so it's not like it's unheard of. It'd simply be crowdfunding or crowdsponsoring or whatever. For my cheap ass it'd certainly lower the bar of chipping in. I have little sympathy for the pro-beggars of last year.

And I didn't mean they'd have to forgo everything but for example up to whatever the flights cost or something. Of course if a player is good enough to have a legit chance of placing in top 3 they probably don't need sponsoring anyway because they're already going so..
Edited by Pushpabon at 17:17 CST, 26 January 2015
<< Comment #113 @ 09:36 CST, 27 January 2015 >>
(Link, Reply)
By

Now that you put it that way, I agree, I'd probably donate a certain sum, but perhaps even invest a bit more if I knew I could get any kind of return.

At this point it'd be nice to sponsor rapha, since he is the only one that can beat cypher.

theParasite
MEMENTO is a man!!!

trippy
fazz is a legend but when ever i see him on stream i just think of this :

Would be great to see him at QCON ! He is a top class player for sure, and one of the rare "new"ones who made it to the level of top competitors.

jamalz
Is it even going to be Quake at this years Quakecon? I think they will be running a beta DOOM tournament :(

I would sponsor:
Cypher
Evil
Tox

Gotta have the cream of the crop going over, Fazz WAS on my list of fucking amazing holy shit players way back in like 2002/3/4

I mean I seen him just utterly destroy niggas in tdm with ease. SO GOOD. And his duel game? Nigga was the only one to beat zero4 on pt4 on lan.

One of the more spectator friendly players and also looks to be a fun and interesting person on real life.

wem420
I wish the fraze practice on a regular basis and get killer.

BalkanFM  - Reply to #132
i felt bad posting this and i could have chosen better words to express my excitement that memento is doing this and my slight disappointment with him choosing fazz...

its stupid criticizing such a great thing that memento is doing and that wasnt my intention, i was just to lazy to comment in a more positive way and just unloaded my toughts